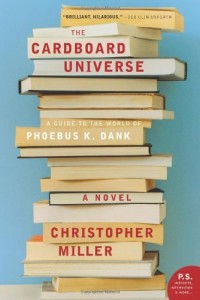 Curious, I pick it up. ThickÃ¢â‚¬â€a generous number of pages. Interesting coverÃ¢â‚¬â€a stack of paperbacks. Its promising title is displayed more prominently than our nameÃ¢â‚¬â€another positive. No Kirkus “review”Ã¢â‚¬â€always a huge plus. Some accolades of course, but no industry blurbsÃ¢â‚¬â€ever since Nelson DeMille described Dan Brown’s “Digital Fortress” as “intelligent” I’ve been leery of these.

written by David Steffen Two weeks ago we posted the article How to Write a Rejection Slip by Christopher Miller, which sparked quite a bit of interesting discussions here, on Facebook, and on blog sites that linked to us.Â Some agreed, some didn’t, and a good time was had by all talking about what we … END_OF_DOCUMENT_TOKEN_TO_BE_REPLACED

With publishing’s gatekeepers now comprising the bulk of short fictions’ readership, I think it reasonable to say that for every story read at least one rejection slip is also read. The rare instances in which writers’ stories are not rejected and to some degree published and possibly read by others are offset by writers’ publishing their rejection slips on public blogs and forums and disseminating them in emails. Similarly, publishers’ returning the same rejection slip to many writers is offset by writers submitting the same story to many publishers. So even ignoring that rejection slips, unlike the stories that inspired them, are almost always read in their entirety, taken to heart and remembered, it all more than cancels out. Ergo rejection slips are the most widely and attentively read short literary genre.