All of the nominees for this Hugo category this year were also nominees for the Ray Bradbury Award that goes with the Nebulas, which I reviewed over here.  At the time, Interstellar wasn’t available to rent yet, so I didn’t review that.  So, these are all repeats of that previous set of reviews, except Interstellar which I’ve watched since then. 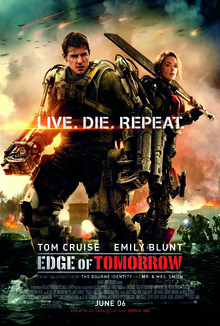 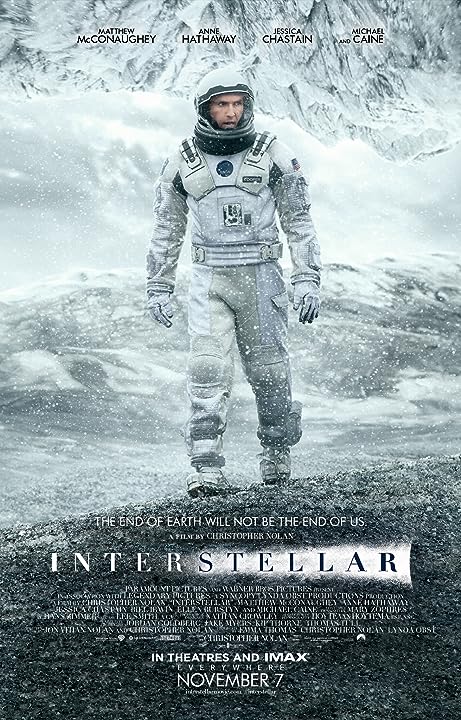 Widespread crop blight has put the world’s food supply in jeopardy, and the sustainability of life on earth is in serious question.  Much of the population is focused on farming efforts, pushing back against the inevitable as the Midwest turns back into a dust bowl.  Cooper (Matthew McConaghey) is a widowed farmer living with his father-in-law, son, and daughter.  His daughter Murphy believes she has a poltergeist in her room that knocks her books from her shelf, and though Cooper doesn’t believe in ghosts, he encourages her to measure and record the things she sees.  They find that there are binary coordinates coded into waves of gravity–they follow those coordinates and find a top secret research facility led by Dr. John Brand (Michael Caine).  A wormhole has opened up near Saturn that opens to an unknown location in another galaxy, and they have been working in secret to colonize any inhabitable planets they may find on the other end of the wormhole.  Some people have already been sent through to scout, and some information has been relayed which suggests some of the planets might be inhabitable.  They recruit Cooper to pilot the mission.  He reluctantly agrees, for the sake of saving his family, even though he will miss his children growing up while he is gone.  He goes on the mission with two others, Dr. Amelia Brand (Anne Hathaway) and two other scientists, as well as two repurposed military robots, TARS and CASE.  While Cooper and the others continue on their mission, Dr. Brand and the other scientists on Earth try to solve the remaining problems necessary for the colonization effort to be successful if Cooper and the others can find a habitable planet.

I was skeptical of Matthew McConaghey, because I haven’t seen him in a lot of things that I thought he was particularly good in, but this was probably the best acting I’ve seen from him–I thought he was very convincing.  The casting all around was very good, no complaints there.  I thought as the movie progressed that the convenient reveal of the wormhole was kind of a deus ex machina in terms of this universe, not in terms of the movie, since it appears early in the movie.  It’s clear that the people in the movie in general are of no better preparation for the end of humanity than we are in our world, but in their world a convenient solution shows up right when it’s needed.  This ends up making some sense later on, but it kind of had me skeptical as well.

The robots were kind of weird.  I like robots, don’t get me wrong, but they were rectangular prisms that usually seemed to be too awkward to be threatening military units, though they did show their mobility and abilities better later in the movie.  I was often distracted by the weird design, though, when I was supposed to be paying attention to other things.

There are a lot of good, convincing special effects, tense moments, a lot of good emotional tension with family’s split by the tension and especially with Cooper fighting so hard to succeed at his mission–even if he can never see his family again he is fighting for their survival.  This is a major theme in the movie, used to good effect, the discussion of of how family love like that, while we generally think of it as positive, can make you consider only your personal relationships over the fate of humanity, choosing personal connections over the survival of the species.