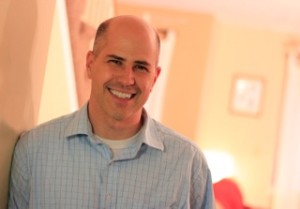 J.A. White defied conventional wisdom by selling his first novel – soon to be a trilogy – without selling one piece of short fiction to magazines. How did he do it? Also, how does he maintain page-turning tension without the reader suffering fatigue, how does he balance character development and world building, and how does he find time to write with so much else on his plate?

The first book in White’s “Thickety” trilogy will be on the shelves in May.

CARL SLAUGHTER: You sold your first novel without selling any short fiction. How did you accomplish that feat?

J.A. WHITE: For many years I tried to get a short story published, but I was spectacularly unsuccessful. Pretty simple reason: I wasn’t good enough yet. Also, I don’t think the short form really suits me. While I love reading short stories,my favorites include Ray Bradbury, Theodore Sturgeon, and Harlan Ellison,I tend to write big, twisting plots that take some time to unfold. I really cut my storytelling teeth on screenplays and short films. When I sent my novel around, no one asked if I had ever published any short stories, but I’m certain such publications would have helped my cover letter. In my case, I wrote about the various short films I’d written that had won competitions. Writing this answer makes me realize that at some point I’d love to take a stab at a short story again. It’s a wonderful, often unappreciated art form.

JAW: I had been querying agents unsuccessfully for quite a few months when an editor at Katherine Tegen Books, Sarah Shumway, expressed interest in The Thickety. At that point I informed a few agents who had requested a full manuscript but had not yet gotten back to me. Luckily, I decided to sign with Alexandra Machinist of ICM, who’s wonderful.

JAW: The last thing you want to do is fatigue the reader, that’s for sure! I’ve read plenty of novels,especially YA books,where the slam-bang relentlessness of the plot eventually becomes tiring. It’s like a sugar rush, too much of a good thing. The way I try to avoid that is by spending a lot of time in the early chapters developing the characters and the world, so that by the time the surprises and action start the reader is completely invested. My main character, Kara, is very introspective, so I do tend to balance out scenes of suspense with her thoughts.

I think the main problem with books that suffer from “surprise fatigue”is that the reader is not sufficiently grounded in the characters’ lives, and without this connection any narrative tension,however well executed, eventually becomes monotonous and boring. It’s similar to watching many Hollywood blockbusters. Explosion, explosion, explosion,and none of it means anything because there’s no human element.

JAW: You’ve read my teaching blog! That lesson is for younger children just learning how to describe things. Of course, with professional writers there really isn’t any specific rule. The length of the description could vary based on its importance at that particular moment in the story, how the character views what is being described, whether or not you are foreshadowing something later in the novel, pacing,so many factors!

With children, however, I find it’s better to give them a very specific framework at the start. Master sentence, detail, detail. As they develop their skills, I encourage them to branch out and break this rule, but I feel that this gives them a good starting point, especially for those who are not naturally gifted writers.

CS: Why is show better than tell? Give us some examples of ways to show compared with ways to tell. Again, is show inherently better than tell? Shouldn’t the story determine the technique rather than vice versa?

JAW: Ah,you found another writing lesson on my blog! With children, they tend to tell the story from “outside,” as a summary. For example, “The boy and his brother are playing catch.” It makes sense that they tell stories in this way,it’s how they’ve been telling stories their entire lives! However, they need to make that leap toward choosing a perspective and writing from “inside” the story. To go back to that previous example, I’d rather they write something like, “Brian looked down in surprise and saw that the ball had landed in his mitt. Ã¢â‚¬ËœNice job!’ his brother exclaimed.” Here we have more detail, a point-of-view,all those things that young writers should be developing. Forcing them to think about “showing” vs. “telling” helps them become aware of the major difference between summarizing a story and writing a story. It’s a big leap!

As far as publishable work, however, you’re of course correct,there are times when showing is better than telling and vice versa. It’s the pacing of the story,whether you want to speed time up or slow it down at that particular moment,that determines the best choice.

CS: Is there a universal formula for world building? How did you balance your fantasy premise with your character development? How did you integrate you characters and premise into the plot?

JAW: World building is like Legos for writers, isn’t it? So much fun.I don’t think there’s a universal formula, though probably every writer builds more than he or she actually uses. I try to include just enough details to plunge the reader into a fantasy world without it becoming overwhelming. The temptation, I think, is to include too much information,though as the author you have to know everything about your world, even if it doesn’t find its way into the final draft.

Also, De’Noran, the island setting of The Thickety,is not new to the book’s protagonist, Kara, so I always have to keep that in mind. There are things in her day-to-day experience that would seem totally normal to her, so I need to resist the urge to spend a lot of time describing it (even if it’s something really cool). The reader’s view of the world must at all times be grounded in Kara’s perspective. This can sometimes make it tricky to reveal necessary information, but it helps me to integrate character development into my plot/world building.

CS: Do you recommend workshops?

JAW: Of course! I think it’s a fair rule of thumb that, like most things in life, you’ll only get back as much as you put into it. Take the time to thoughtfully and honestly critique the stories of others, and expect the same diligence in return. Also, someone in your workshop may be an inferior writer but give absolutely incredible critiques,and vice versa. Don’t assume that writing talent and the ability to give brilliant feedback are connected.

CS: How much time expired from the first stroke of the keyboard til it lands in bookstore?

JAW: The Thickety started as a short film made in 2008, so it has been rattling around in my brain for a long, long time. I didn’t actually start working on the novel until 2010, which means it was about four years from the first stroke to publication!

CS: With a family, a full time occupation, a part time job, and all the nonwriting tasks that go with being an author, especially promotion, how do you find time to write?

JAW: I set aside at least two hours a day,often more,as time to work on my latest novel. This is usually in the morning, when I’m freshest. That means no Internet, no social media, no other distractions. Anything else has to wait until later. I usually do my promotional stuff at night, though to be honest I’m not very good at it. It’s just not my personality,but it is a necessary part of being an author.

CS: Will there be a sequel to Thickety? A trilogy? A series?

JAW: Yes! A sequel to The Thickety will be released in March of 2015. That one is already completed, so it’s a bit odd promoting the first one,I have to make sure I don’t give anything away! The third book will be published in March of 2016.