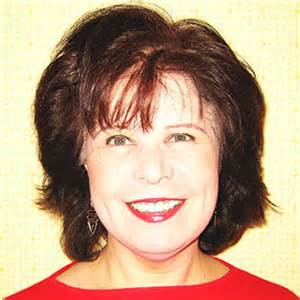 Podcastle, and the other Escape Artists casts had a bit of a crisis to overcome this year–they realized that although they had a great listenership, only 1% of the listeners donated, and it wasn’t enough to keep the publications afloat. The good news is that when they revealed this there was a strong reaction to add subscriptions–if you read this and you like the cast, consider adding a subscription.

Podcastle published 57 stories in 2013, here are my favorites.

1. Scry by Anne Ivy
Seeing the future, like time travel, is one of those story elements in which it’s hard to find new permutations which some other hasn’t already thought of. This doesn’t mean that you can’t use it for stories, but most attempts at using these elements novelly will result in something much like another existing story. This story managed to feel novel despite all that, giving interesting limitations to the main characters ability to scry the future, ways to make it both a strength and a weakness. She has been captured by a creature incapable of lying who has vowed to kill her, but she makes the most of what seems to be a bleak situation. Very cool.

2. Wuffle by Chantal Beaulne
Beard humor! A wizard rids himself of his beard that has soaked up so much magic it has become sapient.

3. Mermaid’s Hook by Liz Argall
A great nonhuman POV, a mermaid rescues a man who’s been thrown off a ship and does her best to try to understand his perspective.

4. The Sunshine Baron by Peadar O Guilin
An unlikeable narrator done extremely well. Cool worldbuilding, and even though I hated the POV character, I wanted to see how it turned out, and I could understand his decisions even if I hate him for them.

5. Excision by Scott H. Andrews
I’ve heard time and time again that there is a conflict between magic and science. But there really isn’t–science is the study of the universe through measurable and repeatable tests. If magic exists, science would strive to understand it and catalog it. This story embraces that concept, trying to rigorously find new methods of healing magic.

6. The Discriminating Monster’s Guide to the Perils of Princess Snatching by Scott M. Roberts
I don’t much care for the title of this one, making it seem like it will be a whimsical lighthearted adventure story for children, but the story is very good, voiced by Dave Thompson, a perfect choice. The POV character is a monster who abducts people with great destinies to steal away their destinies as a source of energy, but this time he’s abducted the wrong princess.

Beyond the Shrinking World by Nathaniel Katz