All the world followed pretty much the same guidelines for international trade and travel. That’s a very big gloss, but let’s say it was true. And it was, for the most part.

Lakelore once was a small nation that sprung from a lake. It did not literally jump out of the lake. Rather, the resources that the lake provided helped stir a willing population into convening and interacting. Water, isn’t it a great facilitator of sociality? Like all liquids, especially alcohol? Now, if the lake was made of alcohol… wait I’m getting ahead of myself here.

Lakelore was once a beautiful paradise, as is every long lost lore of an industrial hellhole. Its pristine waters grew dark with sludge. Its birds and trees became coated with dust and fell into the abyss that once was the lake. And yet, with the industrial advances, industry also cleared some of this sludge and smog, so in the end, it was rather so-so dirty.

All the world around Lakelore was more enraptured by the possibilities that the digital upheaval had brought with it. Suddenly, media was everywhere. Everyone was posting pictures, commenting on this or other, taking videos of anything their eyes happen to fall on in the course of the day. Just as Lakelore itself had been saturated with pollution, so were the digital networks deluged with the clutter of everyday nonsensical detritus.

Lyon of Lakelore was against this. He was not Prince Lakelore for nothing, after all.

One morning, when reading a print version describing a select few of the digital hogwash that washed itself onto his breakfast plate, he folded that derivative of a newspaper (which though derived from content online, itself had a derivative digital version) and said to his father, “Father,” — (for he always addressed his Father as Father and not Dad, as royals do not make such a petty mistake) —”Father, I disapprove.”

“Of what son?” Lord Titanius of Lakelore bellowed. He was small of stature but his voice bellowed as if he was constructed mainly of bass organ pipes.

“Of all this,” he said, fanning his hand over the paper.

“What about it?” said Lord Titanius.

“Then what shall we have done? Shall we ban it?” said Lord Titanius.

“Yes, perhaps we shall,” said Lyon.

“That would be my decision not yours. Let me ponder over such a course of action,” said the lord.

He continued chewing his sausage, the juicy bits flying everywhere, and even hitting the wet nurse who was across the palace way.

Once he swallowed the sausage he said, “Okay, I thought about it, son. You made some good points. We will ban it.”

Decreer lowered his head, blew a horn to get everyone in the empire’s attention. Since the empire stretched for a good a few feet outside the palace grounds, one of the furthest farmers living in that empire who could only see into the royal courtyard and not into the rest of the palace, stretched his ears to hear.

“I decree this drivel banned,” said the Decreer.

That one farmer with his outstretched ears did not know what this meant, so he continued to move his hoe against a pretty pathetically barren lot.

“And look, Father,” continued Lyon, immediately after the decree.

“What is it?” said Lord Titanius now, a bit peeved. He had already accomplished so much in a day and was wondering why his son persisted on pestering him past his first sausage consumption.

“Why, Father, look at these photos,” said Lyon. He picked up the paper.

“Didn’t I just ban that?” said the lord.

“Yes, but bear with me here. Give me a one-minute pardon, as we will strike this off the record that I had mentioned this at all. But, look at these faces. These are random printings of people’s faces from around the world.”

“And what about them?” said the lord, careful not to look to carefully, as he did not want to be subject to the punishment of his own ban.

And Lyon sneered. “But can you believe the insolence? They look straight at us as if they have no shame.”

Lord Titanius found himself nodding in agreement. “Yes, that is rather impudent, I must say.”

“Let’s have these banned, too,” said Lyon.

Two bannings, in one day? Isn’t that a bit too much work? thought Lord Titanius. He believed in work-life balance.

“Fine, fine,” the lord grumbled. He was not yet 3/4 into his second sausage, when the decree was made.

The not-so-faraway furtherest-away farmer put again his hoe yet again to strain to hear the message. When it was over, he continued his meaningless labor that would prove to provide little if any fruit. (But, he was producing vegetables, so it was okay.)

How will people then apply for visas? thought Lord Titanius. He said the same sentence aloud without further consideration. That’s how his brain worked, as an appendage attached directly to his mouth.

“For what?” asked Lord Titanius.

“Why? He takes pictures of these folks facing us directly, like we’re some objects of their gaze,” said Lyon. “Obviously.”

“Let it be known that I take back the word ‘obviously,'” Lyon mumbled, quite used to this retraction.

“What will you have him do?” asked the lord.

“Why, be executed. Then we’ll have someone as photographer who will take photographs so the person in the photograph must look up at us,” said Lyon.

“Yes, tilt their head up in reverence to us,” said Lyon.

“But such photographs won’t be accepted in any other region in the world,” said the lord. “How will our men travel?”

“Yes, because if we even lose one man, our economy will collapse, just like our lungs ten years ago,” said Lyon.

“Well, good thing we built those factories, all in the palace,” said the lord.

“Yes, they were very compact. Just like those compact trash cans,” said Lyon. He pointed at one now, that was smoking. “Oh wait, that’s a factory, not a trash can,” Lyon said, correcting himself.

The lord used this distraction as an opportunity to not decree an execution of the photographer, because just as Lyon said, one man gone would spell disaster for their empire’s precarious economy. But, he did later send a messenger to tell the photographer to only take photos where the subject is looking up at the camera.

“But how about if they show their friends their photos? Then they are simply revering the person looking at their photo, which is only but a friend, and not royalty,” said the photographer.

“Insolence! Just do as I say!” said the messenger who had been running back and forth between the lord and photographer, passing the message to the photographer in short bursts of bellow, just as he was ordered.

It had not occurred to the lord, nor Lyon, that a different perspective and social standing could be achieved, simply having someone who is not them look at the photo. It never occurred that they were not the doer-of-the-looking-at-the-photos action.

The photographer sent the messenger to tell the lord that he needed a ladder for this purpose of taking photos from above since he was approximately the same height as the lord himself.

It was ironic, the photographer thought, because if the lord saw these people, most men would tower over him and so it would make more sense to have visitors, should there be any, take photos down-up, as in up their nostrils rather than from top-down of their foreheads. But, then again, logic itself had been decreed banned ten days ago, only to be reinstated two days ago for logical reasons, then banned again yesterday. The photographer cleared his head of these thoughts. He wasn’t sure if they were logical or not, since he now lacked reason to make such a judgment.

Then he realized all his photos were blurry anyway, because of the smog, though not nearly as opaque as a decade back. Those were the years of the black curtain, which was really indicating the air level, rather than political situation. The photographer used to literally lift the air, like a curtain, just a peek so he could point his camera and shoot at his subject.

The next appointment he had for photographing on his list was Lord Titanius himself, who did not like his previous photo. He was not a self-serving lord; it was only that the picture did not flatter him. Of course this kind of narcissism was banned, but who is to call it narcissistic?

When the photographer climbed up the ladder to be taller than the lord, that was mistake number one. Mistake number two was taking a photo of the lord reverently looking upward, so that he would always remain the subject to someone else who was above him who was looking at the photo. The third was that the photographer had been decreed executed, or so he thought he had overheard from halfway across the empire, so what was he doing taking pictures?

The photographer brought up these points to the lord, who was standing next to him, but they needed the intermediary of the messenger to repeat it back and forth between them because it would be unseemly if they talked directly. But then the photographer struck these comments off the record since he technically had no logic. “Let’s just drop this photo in the black abyss of the lake and call it even, okay, Lord Titanius?” said the photographer.

Secretly, they agreed on this. “This will be our little secret,” said the lord, staring at his photo. He was rather fond of this photo with his shiny forehead and long nose which though predominant was made altogether even more prominent — and it was mostly all he saw in his photo, since it was taken from above.

Instead he pocketed the photo, and let the photographer drop the negative into the black abyss, where it came out the other side positive. (And who keeps negatives anyway? Like people ever make prints from them! Or even know what it means nowadays!)

The Lord decided he would avoid Lyon for the rest of the day.

I should decree no more decrees, he thought, but then he was too tired for any further decrees.

Please just let me have some rest, he thought.

Too bad rest was banned three days ago, he remembered bitterly. He bit into his next sausage and washed it down with bitters.

Oh that’s why I’m so bitter, he thought, looking at his whiskey glass, remembering it was there. He twirled the glass until the ice clinked and took another drink. 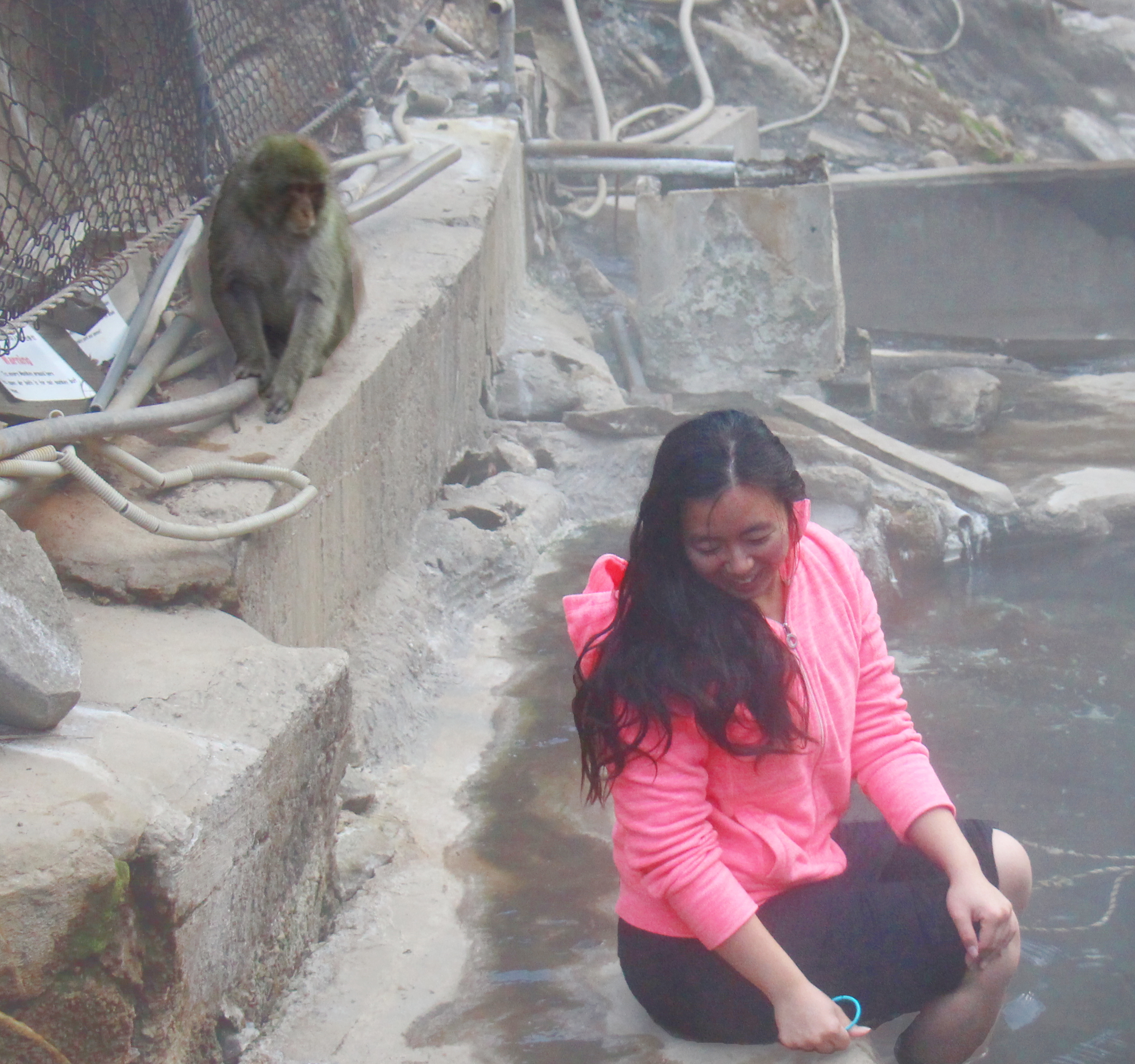