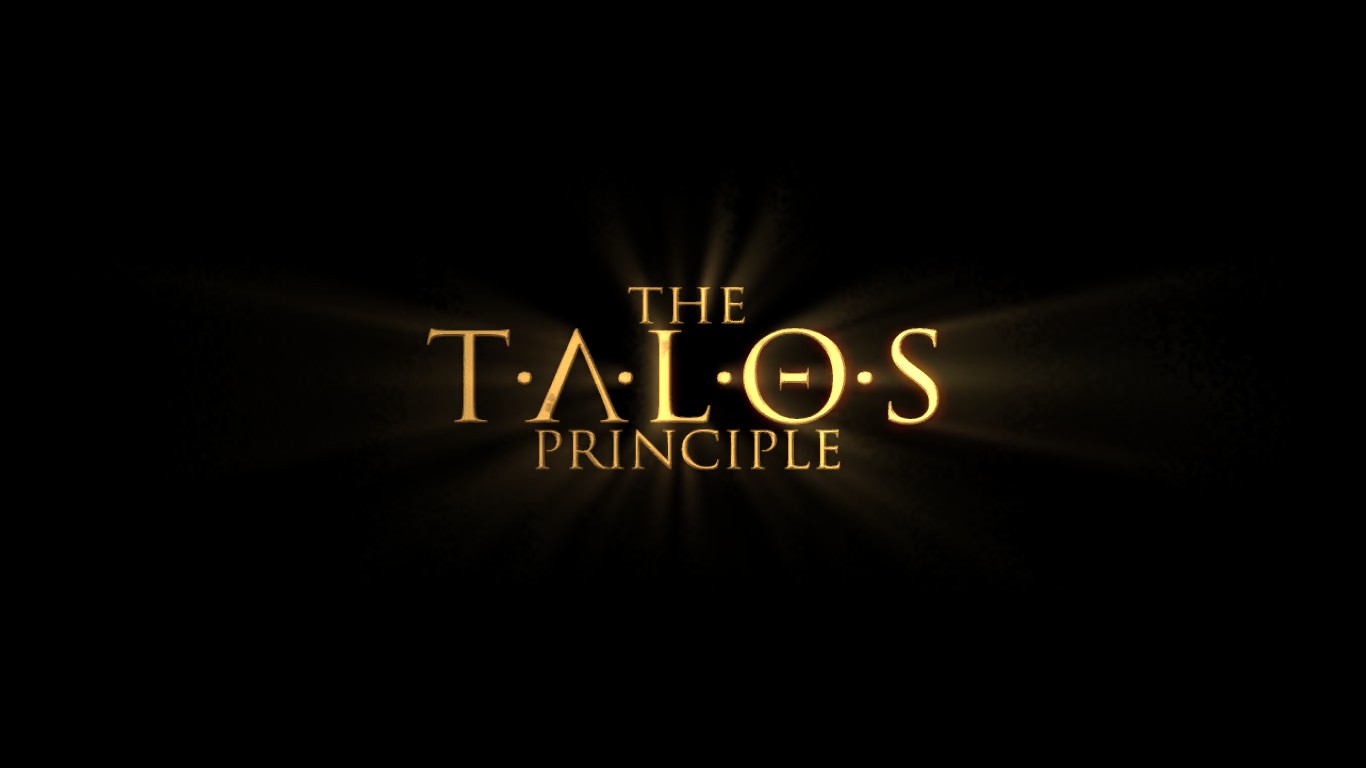 The Talos Principle is an FPS-style puzzle game with a philosophical science fictional storyline, developed by Croteam in December 2014.

The game begins as you, a new being, wake up into existence with the disembodied voice of a god-like being that known as Elohim.  Elohim sets you on a series of puzzles in different segments of Elohim’s temples to prove your devotion, to earn yourself eternal life.  As you go, you find messages left by previous pilgrims who have gone on the same quest before. 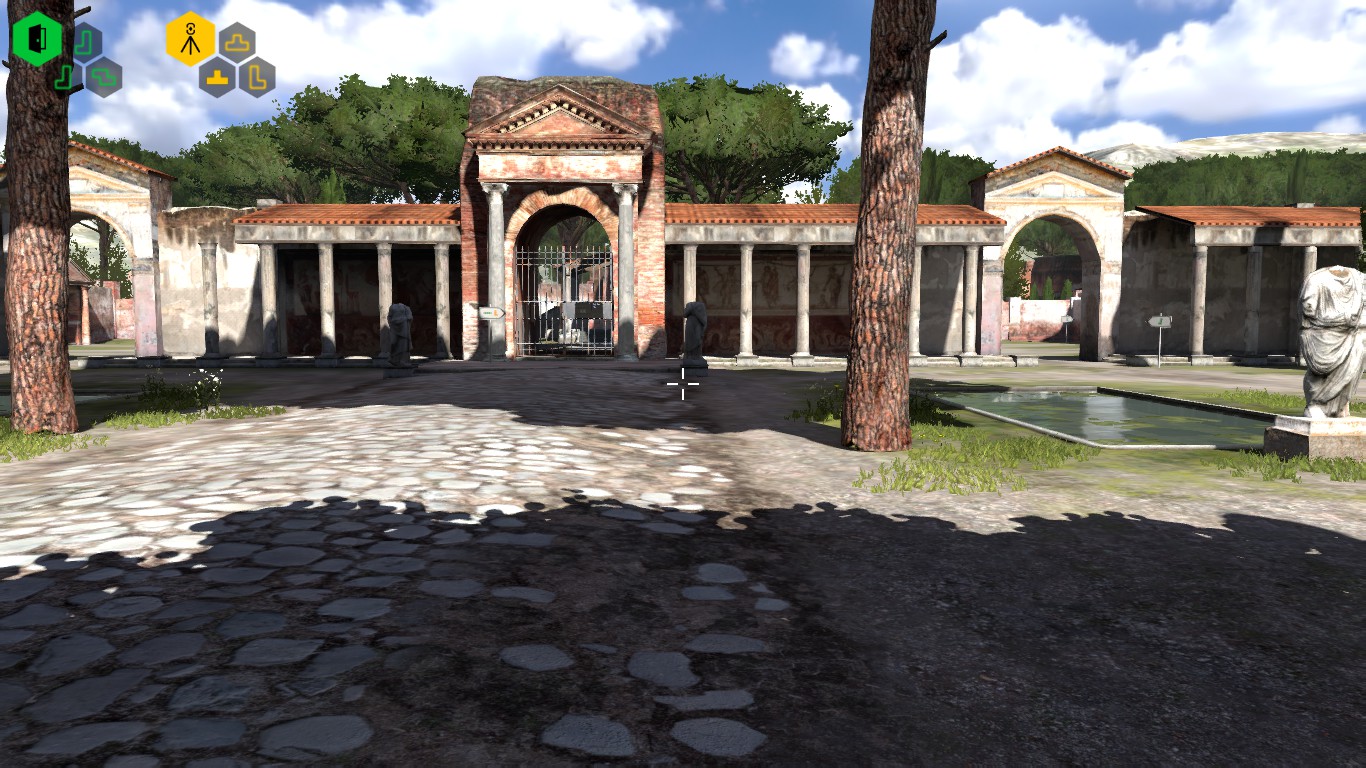 There are signs that this world is artificial (such as segments of wall fuzzing out, and that the messages from other pilgrims are in the form of QR codes).  From time to time you find consoles that are supposed to be connected to the internet, but the net connection is down–you can still see fragments of locally stored files.  You try to restore your internet access by working through the Milton Library Assistant which seems to be a little odd.

The puzzles in the game are focused on finding puzzle pieces that are locked behind barriers so that you have to make it past closed gates or hostile security elements (like mines or gatling guns).

An example of a couple of the items used in puzzle elements throughout the game that I thought were particularly interesting:

As the game goes on, the main obstacle is the puzzles themselves, but a large part of the game is also the theological/philosophical side of the story.  Elohim’s instructions discourage exploration, claiming he knows what’s best for you (he is your god after all, or claims to be).  But does he know what’s best for you?  What is going on in the outside world?  When the Milton Library assistant tries to determine if you are human… are you human?  Should you pass the test at all? 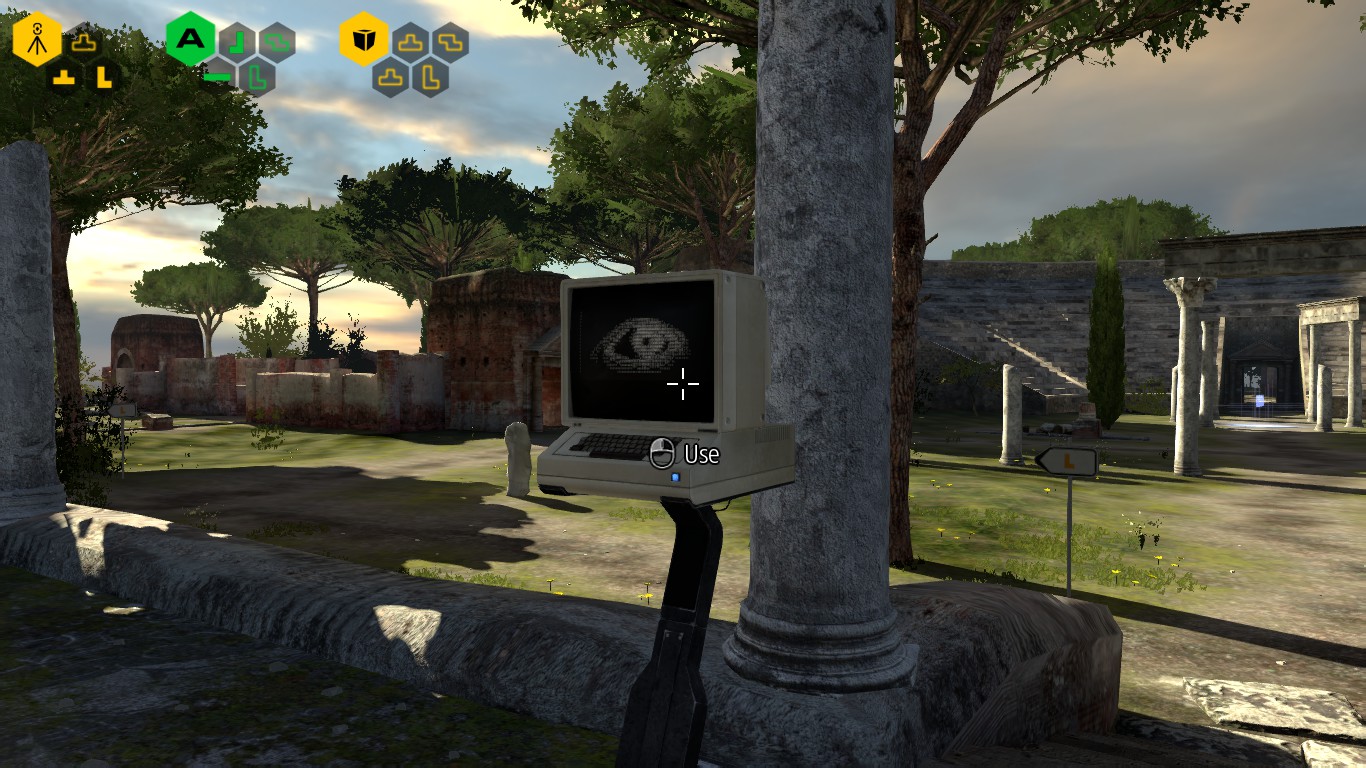 Visuals
Nothing particularly flashy by today’s standards.  The look is relatively simple, but functional.

Audio
Quite liked the voice-acting, which mostly was two voices–the voice of Elohim speaking to you directly, and stored recordings from one of the researchers.

Challenge
It had what I would consider a reasonable level of challenge.  Many of the puzzles I could solve with just a bit of experimentation.  There were some major head-scratchers that took me quite a bit of time to work through, but I did solve every one without using a walkthrough, so that to me was a very satisfying level.  Only a small portion of the game had a time limit, so you generally will have all the time you need to fiddle with all the elements of a puzzle to figure out how you want to approach it and to do some trial-and-error.

Story
Good story.  Had a sort of golden age SF feel to it, while also having an interesting puzzle element that was sortof unrelated, and also having the conversational puzzles of dealing with the Milton Library Program.

Session Time
Mostly pretty short.  The game auto-saves whenever you enter a puzzle area, solve a puzzle, or when you pass from certain areas, so you can shut the game off at any time without worrying about losing progress.  The only exception is that some puzzles are complicated enough that it takes some time to set them up to be solved, and if you shut off in the midst of that you’ll lose your progress–and there’s a segment near the end of the game that you have to complete all at once, but that’s unusual.

Replayability
There’s certainly some replayability.  There are collectible stars that you can find in certain puzzles if you explore beyond the strictly necessary areas.  These stars can then be used to access locked areas of the game (I don’t actually know what’s in them, as I haven’t taken the time to go try to track all of them down, I tried for a bit but found it tedious since there’s no way to tell exactly where to look I spent a lot of time wandering and not accomplishing anything, which when you’ve only got small windows of playtime gets old fast.

Originality
Reasonably original.  The set of items used to solve puzzles was an interesting set, especially the focusing crystals.  What really made the game interesting though was as a whole, with the god-like figure of Elohim constantly pushing and prodding, and the Milton Library Assistant acting as a counterpoint to Elohim’s supposed wisdom.

Playtime
It took me about 20 hours according to Steam?  I spent a disproportionate amount of time on a few puzzles, determined to solve them without help.  And I spent some time looking for stars before giving up.

Overall
Enjoyable puzzle game which also has a branching conversation element in the talks with the Milton Library Assistant.  Golden age SF feel to the main plot as you try to figure out what’s going on, how much you can trust various players in the system, and so on.  For me it was the perfect level of challenge, enough so that it took some effort, but not so hard to be unsolvable.$40 on Steam.