Monument Valley is a 2014 touchscreen indie puzzle game developed by UsTwo. The plot is fairly light, even for a puzzle game, and the main focus is on maneuvering from one door to another door, with a charming and simple graphical apperance.

Optical illusions play a big part in the puzzle system, in that the layouts are reminiscient of an M.C. Escher drawing, where an surface can be a walking surface, and so you need to be able to rotate to see what surface. And also, some pathways are only navigable when they visually align–if they LOOK like they make a continuous path then they can be traversed, even if from a different angle they’re clearly discontinuous.

I played the game for the first time at the Game Changers exhibit at the Science Museum of Minnesota in spring 2019.

Challenge
Not what I thought was particularly challenging, I played through most of the game in less than an hour. But it is sufficiently mind-bending to be an interesting angle.

Story
Some story, but it’s not apparent in most of the gameplay.

Session Time
Since I played through it in one sitting, I don’t honestly know.

Playability
Very simple touch interface. The player movement is simply clicking the destination and the player tries to move to that spot if there is a path open to them at the time. The angle of the screen comes into screen here because you can only move to a surface facing the viewpoint. The other major part of the play control is manipulating the level–which are marked out by having visible grab points to rotate different sections. I think the hardest part about learning to play is understanding that an “apparent” path is a path, that is even if you know two platforms don’t touch each other because they’re too far away, if the perspective makes them look like they connect then they connect.

Replayability
Not much in the way of replayability, since the puzzles are all set and the game isn’t very long.

Originality
Reminiscient of some other games–most particularly FEZ with the perspective-based level traversal, but has its own feel

Overall
A fun and cute puzzle game, but do keep in mind that it is also fairly short. It’s currently $3.99 on Google Play. 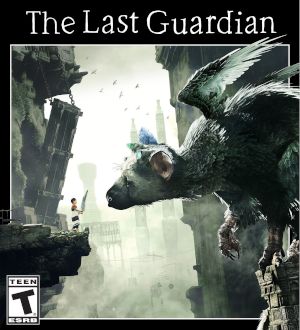 The Last Guardian is a gorgeously detailed, thoughtful action-adventure fantasy game. You play a young boy who awakens in a cavern with a large mythical creature who is chained to the floor. As the story progresses, you form a bond with the creature, Trico, as the two of you navigate through environmental puzzles set in enormous, elaborate environments, some of ancient ruins, some of dizzying heights. Sometimes you need Trico’s help to survive or progress through a series of puzzles, and sometimes Trico needs yours.

Designed and directed by Fumito Ueda, who brought us the iconic Ico and Shadow of the Colossus, The Last Guardian shows the influences of both of those games, particularly Ico. In this game, however, you leave all the combat to your enormous companion.

Although the game offers you only a small selection of simple gameplay mechanics to find your way through each map, it combines these mechanics in an ingenious variety of ways to create challenging and thought-provoking puzzles. Rarely is the path through an area clear at first glance. Fortunately, the game lets you take your time in most sections, which also enables you to explore the lush maps, some parts of which serve no purpose other than to enhance the sense of grandeur and detail of this world.

One of the most notable aspects of the game is the creature design. It may seem odd to use a word like “realistic” to describe a 20-foot-tall, feathered beast with a doglike face, a catlike body, and glowing blue horns, but Trico scans as a realistic animal, with idiosyncratic but recognizable behaviors. His animation blending is seamless, so nothing interrupts the realism of Trico on-screen. He is an appealing companion, by turns protective, affectionate, curious, and fearful. He grows attached to you, following you around, howling mournfully when you’ve gone somewhere he can’t reach. Although Trico moves like a cat, he isn’t perfect; he sometimes misjudges leaps and has to scramble to complete them. His imperfections make him all the more endearing.

Like any real animal, Trico is not a perfectly controllable creature. He has his own agenda and his own limitations. The game requires patience. It can be difficult to communicate what you want to Trico at first, and even when you can, it can take him a little time to do as you ask. The game also requires you to let go of precise control sometimes, and let Trico find his own way rather than waiting for you to direct him.

This game is not without its frustrations. Camera control is sometimes restricted, making it difficult to see. At other times, the camera moves abruptly from one place to another, often to avoid clipping through solid objects. These movements are jarring, and since you move the player character relative to the camera, they can interfere with gameplay. In addition, the game has an atypical controller scheme, with no option to reconfigure it or to reassign buttons. And although it’s a virtue that it is difficult to fall off Trico inadvertently, the flip side of that is that it can be difficult to jump or drop from Trico when you want to. In terms of the story, near the end of the game, there’s a brutal and disturbing cut-scene that’s hard to watch, and another cut-scene that leaves you wondering what you’ve been feeding your friend.

On the whole, though, The Last Guardian is a magnificent game: often quiet and moving, sometimes abruptly exciting, always immersive and beautiful. 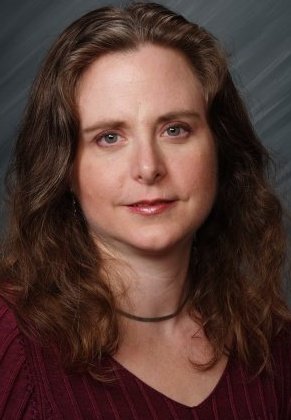 Melissa Shaw’s short fiction has appeared in Asimov’s, Realms of Fantasy, Analog, and several anthologies. Melissa is a Clarion West graduate and a “Writers of the Future” contest winner. She is currently writing for an as-yet-unreleased video game.