This is the third in a new series of articles wherein I examine a music video by a well-known artist as a short film, trying to identify the story arcs and the character motivations, and consider the larger implications of things that we get glimpses of in the story.

This time we are taking a look at Bad Blood by Taylor Swift, featuring Kendrick Lamar, a 2015 blockbuster action film with an all-star cast.

The film begins with an opening shot of a city skyline at night and transitions inside to an office space that appears to be empty until a man wearing a business side and a headband-style mask slams onto the top of the frontmost desk and a security alarm blares and we see a woman (Taylor Swift) attacking another suit by locking her legs around his head and throwing him before calmly applying fresh lipstick while her character name “Catastrophe” displays next to her.

She is not alone in this infiltration as Arsyn (Selena Gomez) enters the scene, disabling yet another suit. Together they make quick work of a whole squad of… enemy agents? My first thought on this scene was they were infiltrating to steal something, but it seems unlikely that security guards in an office building would wear masks as a matter of course, even if they are security guards working for a villain.

Catastrophe lays her hands on a silver briefcase that appears to be of some importance–though it’s not clear where it comes from, flying through the air in the middle of the scene, accidentally thrown by a disabled suit? If it is so important, why does the guy run toward her while carrying it, rather than running away? When Catastrophe lets her guard down Arsyn blows powder in her face from a makeup kit and kicks Catastrophe through a nearby window where she falls a great distance and smashes into a car and Arsyn leaves her for dead. (I wouldn’t want to pay the insurance on that building if they have a high-rise with floor to ceiling windows and don’t have shatter-proof glass).

Catastrophe is badly injured but not dead, and she is mended by the futuristic machines of tech expert Welvin Da Great (Kendrick Lamar) with the assistance of a trio of women (androids?) called The Trinity (Hailee Steinfeld). This high-tech, presumably high budget suite suggests that Catastrophe works for a high-budget spy organization, or mercenary I suppose since they are probably way too noticeable to be proper spies.

About three-fourths of the film from this point is an extended training montage as Catastrophe sharpens her skills in various areas with different specialists within the organization. The cast is too large to list here, but they include Mother Chucker (Carla Delevingne) a nunchuck specialist, Cutthroat (Zendaya) throwing knife specialist, Domino (Jessica Alba) motorcycle specialist, and Destructa X (Ellie Goulding) who carries a missile launcher everywhere she goes, even indoors. Each appearance is little more than a brief cameo as Catastrophe hones her skills with each of them. Lucky Fiori (Lena Dunham) seems to be the leader of the organization–at least, it’s hard to imagine she plays any other role since she is not seen doing anything but smoking a cigar.

The organization is certainly formiddable and presumably has some deep pockets considering the weaponry and facilities, and given that Catastrophe and others appear to routinely damage the architecture and no one seems to care. The fact that Destructa X carries her missile launcher around indoors does raise some questions about the organizations friendly fire record–since they appear to be some kind of mercenary or special forces group, I imagine that everyone there is accustomed to risking their lives, but still one would think they would want to avoid one of their own accidentally wiping out a dozen or more of their own agents with a slip of the finger–I would be much more worried about that than about applying so many resources to stopping Arsyn.

Another significant feature of the organization is that it appears to be women-led and almost entirely woman-staffed–Welvin Da Great appearing to be the sole exception. Some of the wardrobe choices are a little bit perplexing for a merc or special forces group–particularly platform shoes and that sort of thing that can’t be conducive to running though they certainly look nice.

In the final scene, Catastrophe and an entourage of six other agents face off against Arsyn and a matching entourage ringed by a truly apocolayptic ring of explosions that no one seems at all worried about. Arsyn’s entourage all wear full leather face-masks–is this the uniform of a rival organization, or are these moles who are still trying to conceal their identity? Despite the heavy weaponry including missile launchers and bullet-bandoliers, the two groups don’t attack from a distance or attack undercover, but instead walk up to within arm’s reach of each other before Catastrophe and Arsyn and simultaneously attack each other with their bare hands.

This action film has an all-star cast, and certainly plenty of action. Who doesn’t love a good training montage between well-matched and imposing opponents, or a big action star face-off at the end. If you’re looking for just action, there is plenty of that. Considering the short length of the film, the size of the cast leaves little room for character development as the film breathlessly runs from one character to the next. I would be interested in watching spinoff films for any number of these characters (Cutthroat and Domino in particular, because I’ve liked Zendaya’s and Alba’s previous acting work).

The one character that has significant screen-time is our protagonist Catastrophe, and I’m not sure that I ever fully understood her either. She is excellent at what she does and was only defeated in the film by a betrayal by a trusted ally at a distracted moment. It’s understandable that she would want revenge for that betrayal, and to make sure that Arsyn can never do it again. But I would have liked to know more about why the organization thought it a worthwhile use of so many resources–why is it so important for Arsyn to be killed and to risk so many agents to do it. Is it driven primarily by Catastrophe’s vendetta or does the organization have its own purpose apart from that? What was in the briefcase? Who were they stealing the briefcase from, and why weren’t they smart enough to send the briefcase away from the attackers instead of toward them? The film does not answer any of these questions, though Lucky Fiori seems generally unconcerned with anything besides smoking her cigar, so I got the impression that Catastrophe has the free reign to direct this operation at her own directive. 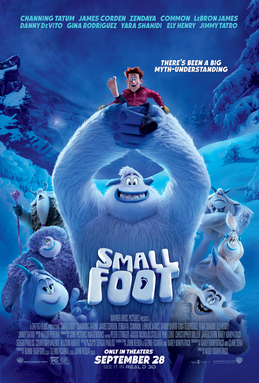