Did you know that in the early 20th century the United States Congress considered a bill to populate the Louisiana bayou with hippopotamuses to serve as a new source of meat during a meat shortage?  In River of Teeth, we get to see an alternate history where that law passed and some decades later there are hippo-riding “hoppers” which are something like cowboys.

River of Teeth is a new release and debut novel by Sarah Gailey and published by Tor Books.  It is sort of a an alt-history Western with the feel of a heist story, and also a revenge quest, the first of a two-part book series.

The story begins from the point of view of people held in an internment camp for Japanese-American citizens, who are immediately released upon the Japanese seizing control. 40 years later, the child of one of those, Beniko Ishimura, is working as a video game censor as the subversive video game United States of America starts gaining popularity. United States of America is an alternate history war game where the United States won World War II. Meanwhile, Akiko Tsukino of one of the secret police forces, is out to investigate the game herself. They cross paths and begin to uncover deeper secrets about the game and about the United States of Japan. 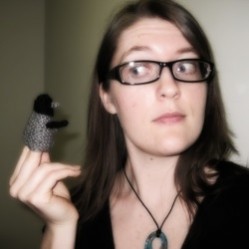 Literary agent Amy Boggs is a sci-fi/fantasy geek who has been professionally geeking out over books at Donald Maass agency since 2009. She specializes in speculative fiction and is especially interested in high fantasy, urban fantasy, steampunk (and its variations), YA, MG, and alternate history.