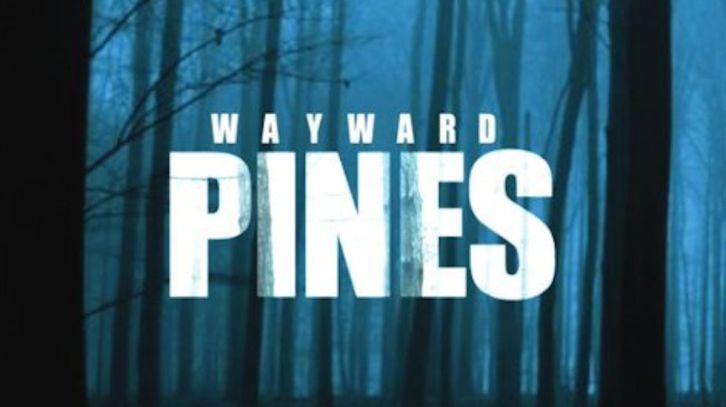 I’m not going to make any effort to avoid spoilers of the TV show or spoilers of the book, so get out of here if you don’t want that.  Many of the comparisons are going to have to do with major spoilery things.

This list is not an attempt to note every thing that was changed from the book to the TV adaptation, but just the most major ones that affect the story on a big level.  Not included in this are changes to character appearance and age because while there were many of those, they generally didn’t affect the plot, and if one has a casting call and finds someone of a different age that seems perfect for the character and the age difference doesn’t affect the story, there’s no good reason for the TV director to not go ahead with it.

I’m not going to give a full rundown of the plot which has a lot of major revelations and twists and turns and I’ve covered it all before, it would take up a lot of space.

The ending is the most major difference between the two.

In the books, once the immediate threat by the abby incursion has been cleaned up, Ethan organizes the town to make a vote about what their next move should be.  Supplies of food in the valley are running out, so trying to keep living there is going to end bleakly.  But the numbers of abbies outside the valley are simply overwhelming that trying to live outside of the protection of the valley isn’t likely to work either. In the end, the town votes to put themselves all back into cryogenic sleep, and in the one-sentence epiloge Ethan wakes up there.

In the TV show, Ethan Burke dies to save the townspeople from the abbies.  With everyone at the top of an elevator shaft and hundreds of abbies climbing up the sheer sides to kill them all, Ethan blows a C4 explosive to kill all the abbies in the shaft to let everyone else live.

And, just in case we might be left with the impression that this is a mostly happy ending, the last few minutes see a sharp reversal as Ben wakes up in the hospital and finds out that the First Generation of young people has taken over the town, and they’ve forced those adults who haven’t followed the rules back into cryo.

Sheriff Pope is one of Pilcher’s highest ranking henchman, responsible for policing the actions of the town.  In both stories he dies before Ethan assumes his role.

In the book, Sheriff Pope accompanies Pam and Pilcher to go find Ethan in the wilderness outside of town.  This is the point where Pilcher offers an olive branch to bring Ethan into the fold.  When it’s time to leave, Pilcher locks Pope out of the helicopter and they take off as abbies eat him alive.

In the TV show, Ethan kills Sheriff Pope in self-defense inside the wall, and is promoted to sheriff himself soon after.

3.  The People in the Mountain

Pilcher has a staff of people working in the mountain to keep the people in the town under constant surveillance.

In the books, although Ethan is always the main character, we get to get a pretty good sense of these people and their point of view and how it differs from the people in the town.  Especially in regards to wishing they could have a facade of a nice normal life like the townspeople do and how the townspeople don’t even appreciate it.

In the TV show, there is some interaction with the people in the mountain, but not nearly as in-depth or sympathetic.

In both versions Kate Hewson (ex Secret Service agent and former lover of Ethan Burke, who has been in Wayward Pines for 12 years) is partially responsible for organizing a band of townspeople who resist the rules placed upon them.

In the books, the band of “rebels” is really just a social club.  Everyone in the group sneaks out from under the watchful eye of Pilcher and his staff, but all they do is hang out in a cave and talk about their past lives and drink smuggled liquor and enjoy some music.  They have sent people outside of the wall, and they don’t know what’s out there, but they’ve pretty much given up on leaving when no one ever comes back.  Pilcher implies to Ethan that he thinks that the rebels are a danger to the town, but Pilcher isn’t exactly a reliable witness.

In the TV show the rebels really are dangerous to the people in the town, even though they are being dangerous in the name of trying to free the townspeople.  They are building explosives and are not opposed to killing to serve their purposes.

Pam is Pilcher’s second-in-command.  She serves the important role of nurse at the Wayward Pines hospital where she is one of the first influences on abductees after they wake up, to help them get accustomed to the town.  She is also ruthless, and willing to torture to serve the town’s needs.

In the books, Pam is psychotic through and through, and never really changes.  It seems that she has not taken this role because she believes in Pilcher’s plan, but because the role lets her carry out her psychotic urges.

In the TV show, Pam starts out just as psychotic and ruthless as in the books, but by the end of the season it appears that she has only been doing bad things for the good cause of helping the town and when it becomes clear to her that Pilcher’s plan is deeply flawed, she becomes a much more sympathetic character to Ethan and the others, even becoming an ally.

Theresa Burke is Ethan’s wife.  In the present, Ethan is abducted by Pilcher and put in cryo sleep first and then Theresa is abducted some time later.  They are reunited after Ethan escapes from death at the hands of the town when Sheriff Pope orders his death.

In the books, Theresa continues on in the present for more than a year before Pilcher visits her and her son at their home.  Pilcher offers to reunite her with her husband and she gives in but then tries to back out, and Pilcher gases both Theresa and Ben and abducts them.  Theresa is woken up first and is a resident of Wayward Pines for five years before the beginning of Ethan’s involvement from the books, so she has a long time to acclimate.  She spends one year of that time married to Adam Hassler,  Ethan’s former boss at the Secret Service and his betrayer who had sold out all the Burkes in return for Pilcher’s promise that Adam would be able to marry Theresa after cry-sleep.

In the TV show, Theresa and Ben choose to travel to Wayward Pines on  suspicion of what Ethan had been doing, whether he was dead or hiding from them.  Only days or weeks pass until they go there and Sheriff Pope triggers a car accident to abduct them.  They are woken after Ethan in the future and so are only learning of any of the town’s strangeness after Ethan becomes sheriff.

The TV show coined the name “First Generation”, the town’s name for their first generation of young adults who are growing into adulthood in the town. Ben is one of those, and we get to follow his point of view as he goes to school.  The teachers at the school use a combination of hypnotic techniques and good old-fashioned propoganda to steer the First Generation’s thinking into the intended course, telling them about the abbies, encouraging them to start romances that will be used to produce children, and otherwise prepping them for the times ahead.