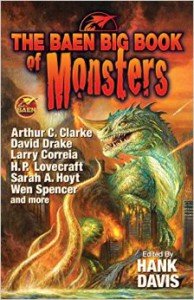 One thought on “Hugo Short Story Review: “A Single Samurai” by Steven Diamond”