This is an essay contemplating the Marvel/Disney movie Big Hero 6 (reviewed here), an excellent animated superhero mystery comedy with one of my favorite characters of all time: Baymax, the inflatable healthcare companion android who gets (improbably) recruited to be part of a superhero team by teenage genius Hiro Hamada. I have posted previous essays about Big Hero 6: Is Baymax Really Compassionate? and The Betrayal of Hiro Hamada. This will include spoilers for the movie, do go see it if you get the chance!

Baymax, one of the main characters of Big Hero 6, is a robot built by Tadashi Hamada, designed to be a healthcare companion. From Baymax’s tone of voice, health scanners, medical database, to his easily sanitized soft and non-threatening exterior and gentle way of moving, everything about Baymax’s design is meant to make him good at this one purpose. Baymax is a prototype that Tadashi intends to change the world by making it easier to provide general healthcare services–a robot like this could compress in the corner of an apartment building or a school and provide health services on demand, or be a long-term and compassionate caretaker for people who would otherwise not be able to live on their own due to age or disability.

Tadashi is still young at the beginning of the movie (maybe 18 or 20 years old?), and enrolled at what his brother Hiro calls “nerd school” for advanced students which seems to be focused on practical applications of cutting edge technology. Tadashi is so surrounded by advanced students with big ideas that even with the invention of Baymax, Tadashi doesn’t stand above his classmates.

Tadashi dies a young and tragic death, apparently before he took his plans for Baymax to the next level to try doing beta testing and eventually find a way to finance broader production, and with the destruction of the school where it was produced it seems unlikely that anyone else has the information to produce any more. Except Hiro. After Tadashi’s death, Hiro discovers the Baymax prototype, and much of the rest of the movie revolves around the connection between the two–Baymax tries to help Hiro recover from the death of his brother, and when suspicious details start to arise Hiro uses Baymax’s compassion and willingness to help to start a technology-powered superhero team with him as the inventor and strategic leader. He reinvents Baymax from the slow and gentle balloon animal he is, to a powerhouse with (removable) armor.

I can understand why Hiro feels a connection with Baymax. Baymax is amazing, and compassionate, and funny. I want him to be my friend, too. And it certainly makes a great movie. But… I can’t help thinking about how Tadashi left behind everything that Hiro would’ve needed to finish the incredible humanitarian legacy that Tadashi had started, that was part of Tadashi’s original design, and all part of why Baymax is so amazing (his empathy and compassion are part of his medical programming, even though they also make him a great friend). Hiro never even seems to consider this possibility, focusing only on himself and on his own needs, and selfishly keeping Baymax to himself, and even reinventing him as a combat robot when starting from scratch with a new robot would honestly make more sense–the inflatable body alone is a major combat liability.

He could have helped finish his brother’s vision of a world where healthcare could be available to everyone (not that there wouldn’t be downsides to it as well, mostly involving job losses in the healthcare industry, as happens in any industry when robot labor becomes a possibility), but something like this could make healthcare available to everyone universally–and not just in developed countries, Baymaxes could go to famine-stricken countries and could perhaps help develop solutions to famine and other major issues that cause health problems. I don’t know how much a Baymax costs to build but I’m guessing the R&D involved to make the first one far outstrips the cost of making one based on existing blueprints.

Instead Baymax is an individual, making a difference where he can in his home city. And I love Baymax, but it makes me sad to think that he has not been able to fulfill the purpose he was designed for. And I think it would make Baymax sad too, he wants nothing more than to help, and he could help so many more people that way. 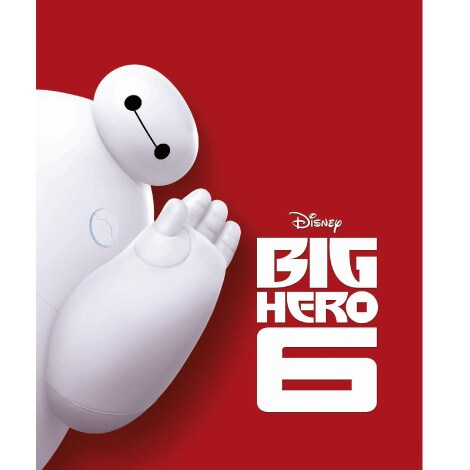