Science fiction award season is here again, and the Hugo final ballot was announced for WorldCon 76 in San Jose.

On to the novelette category, my favorite category of all the Hugo categories, covering stories between 7500 and 17500 words.  This review covers all six finalists.

This story is told by a musician several generations into a trip on a generation ship.  The pristinely preserved historic records of entertainment media have been erased by a hacker a long time ago, and people are divided about whether to try to reproduce exactly the art from memory or to try to make something wholly original.

This story took a little bit to really reel me in–I was interested, but not fully invested until I picked up what it was doing with the discussion of generations of adapted music.  The story shows how the new and the old are not necessarily as disparate ideas as they might seem in live music, where new trends are the gradual course of change from old trends as musicians put something new into the familiar.  Much like the setting with the futuristic setting and the instruments that haven’t changed in a long time.

“All known forgeries are tales of failure”, the story begins.  Helena of Splendid Beef Enterprises is a forger, not of money, not of art, but of beef, writing patterns for 3-D printers to print beef from raw materials that can’t be told from the real thing–getting the marbling just right, the red of the meat, the white of the fat and bone.  If the government catches wind of what she’s doing, she’ll be in a lot of trouble, but she has a good business going with her established clients.  But when a new prospect calls to arrange her services on a much larger scale than usual with threats, she’s not sure she can afford to refuse.

Riveting story, between the part of the story about the forgery itself and the attempts to make it look real in all its detail, and the other part dealing with the conflict with the anonymous coercing client.  Great use of near-future SF ideas and extrapolating from current trends and technology.

The bot is woken by the Ship and assigned maintenance task 944 in the queue, which is to deal with an “Incidental”, an unspecified biological pest that has gotten loose aboard the ship.  The task turns out to be a much bigger ordeal than it first sounds like; this isn’t just a rat or a cockroach, this one threatens the very integrity of the ship and if it’s going to have any chance at succeeding it has to use all of the resources at hand.

Action-packed fun story, not a dull moment as this bot that’s really not designed for the task at hand does its darnedest to do it anyway.  Interesting discussion on the strength of intuition vs logic.

Finley, a trans man, is attacked by a vampire while taking a piss in an alley, even though vampires are supposed to go to blood banks instead of attacking people unless those people have applied to become vampires.  Finley couldn’t apply to become a vampire even if he wanted to, because one of the restrictions is that “people who have taken steps to medically transition” are not allowed.  He can’t register because of that, and unregistered vampires, if discovered, are hunted and killed.  So he is stuck with this situation and will be the first to enter the unknown territory of what happens to a trans body as it changes from human to vampire body.

Vampires can be a hard sell for me, but this one at least took a new angle in that I don’t think I’ve seen another story with a trans vampire.  The logical consequences of stereotypical vampire traits extended to Finley’s body made for some new revelations in this area.  I appreciated how the vampire that turned him, after the initial act, was actually generally supportive in helping Finley figure out how to cope and even thrive in this new and unprecedented life beginning for him.

Thuan and Kim Cuc are descendants of dragons who live beneath the Seine, whose mission is to infiltrate the house of a Fallen angel who claims to rule over much of Paris by applying for entrance into the house, posing as a poor unfortunate houseless.  Hawthorn house has shown an unusual interest in the Seine lately and the dragons want to know why, so they need eyes in the house.  They don’t know what the test is going to be, and they’ll need to avoid revealing their dragon magic in any way that might be noticed.  But something else is going on here besides just the test itself.

This was a very interesting setting, and the mission of infiltration set it up for a lot of tension, especially with the nature of the test unknown and new oddities appearing alongside the test.  This was my first exposure to de Bodard’s world here, and I felt like I was playing catch-up–a magical ability would be revealed at a crucial moment and I hadn’t known that was possible.  This isn’t necessarily bad, but I felt like I had to revise my understanding of the situation pretty often–this might be because de Bodard has released a couple novels in this world already and the story might be written with readers of the books in mind?

Shuos Jedao, a heptarchate commando, is sent on a secret mission to infiltrate Du Station in the Gwa Reality to find out what happened to their former classmate and captain of a warmoth whose last distress call came from there.  To enact this plan, Jedao is put in command of a merchant troop.

I’m not sure why, but I didn’t end up feeling particularly invested in the outcome of Jedao’s mission–I didn’t have anything against Jedao, but I didn’t feel the tension of the mission outcome–I’m not sure if these are characters from novels and so I might be missing background information?  It could also be that I never really felt like the outcome was in question–I felt like Jedao had everything under control from pretty much start to finish; I never felt like there was a point where the outcome hung in the balance. 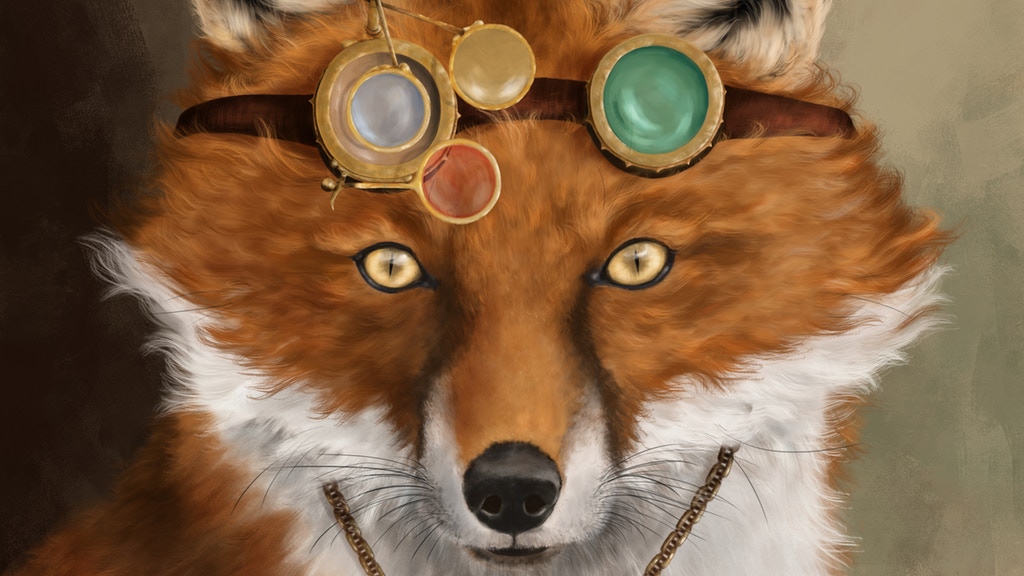 The Kickstarter for the Long List Anthology Volume 3 is launched as of this morning!  This is the third in a series of anthologies collecting works from the longer list of works that got a lot of Hugo Award nomination votes from the fans.

The art this year is a lovely piece by Amanda Makepeace.

The stories lined up are:

I hope you are as excited as I am!  Thank you for your support! 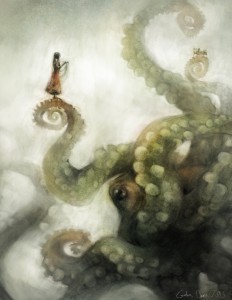