Dead to the World is a romance/mystery/horror novel, the fourth in the Sookie Stackhouse series of novels by Charlaine Harris, which is the basis of the HBO show True Blood–this book was used very loosely as the basis for season 4 of the show. The previous books in the series (in order) are Dead Until Dark, (reviewed here), Living Dead in Dallas (reviewed here), and Club Dead (reviewed here).

Sookie (fresh from a breakup with her vampire boyfriend Bill)comes across the vampire Eric Northman running down a deserted road, with no memory of his life before that moment. She finds out that he has been cursed by a coven of witches that have moved into Shreveport and have been threatening Eric and his business interests in order to extort money out of him. Since Eric is more vulnerable than usual, without his memories, Sookie agrees to hide him at her house for a time; her brother Jason negotiates a fee for her to do this since she is short on money. But, shortly afterward, Jason disappears and the local police can’t find a trace of where he’s gone. Sookie fears that he has been abducted by the coven as well. 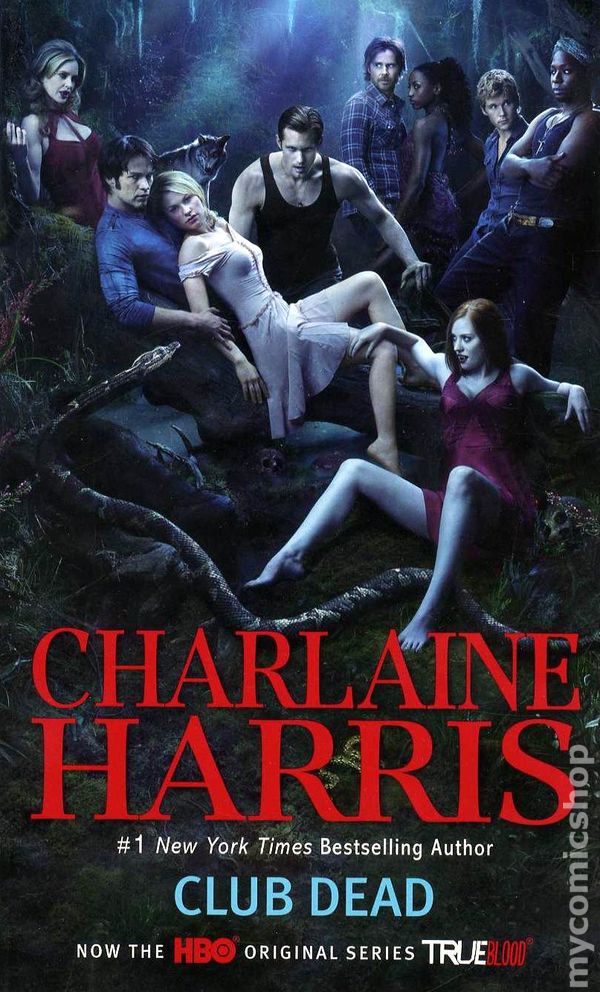 Living Dead in Dallas is a romance/mystery/horror novel, the second in the Sookie Stackhouse series of novels by Charlaine Harris, which is the basis of the HBO show True Blood–this book was the basis for season 2 of the show.  The first book in the series is Dead Until Dark, which I reviewed previously.

Dead Until Dark is a romance/mystery/horror novel, the first in the Sookie Stackhouse series of novels by Charlaine Harris, which is the basis of the HBO show True Blood (I reviewed the 7th and final season here, though keep in mind that will be spoilery if you’re just getting started)

Sookie Stackhouse is a twenty-five-year-old waitress living in the small town of Bon Temps, Louisiana.  She is also a telepath–she can hear people’s thoughts, whether she likes it or not.  This has not been as useful as you might think, and has mostly served to make her a bit of an outcast.  Among other things, she has found any semblance of a romantic life is impossible with this ability, since she can hear her date’s hidden thoughts, not great for a first-date kind of situation.

Not too long ago, science perfected the production of synthetic blood.  Designed as a medical product, its announcement had wider effects than anticipated, when vampires all over the world revealed themselves to be real.  The synthetic blood allows them to survive without feeding on humans,  and so many vampires have chosen this time to reveal themselves and integrate into human society.

The series as a whole follows Sookie Stackhouse starting shortly after the major world event of vampires “coming out of the coffin”. Where, after a Japanese company perfects the production of synthetic blood branded Tru Blood, vampires reveal themselves to be real and begin to integrate with mainstream society. Sookie has always had mind-reading abilities which has made it difficult to keep a human relationship, so she is immediately drawn to the vampires which she can’t mindread.

True Blood Season 6 ended with a world-changing event, the release of the bio-engineered Hepatitis V virus. Based on a mutation of the Hep-D virus, which only weakens a vampire for a time, Hep V is a much more contagious and much more deadly strain. Humans who contract the virus show no symptoms, but any vampire that drinks their blood will also catch the virus which causes extreme weakening and eventually the true death. It was originally spread using tainted Tru Blood so not only are vampires in danger from the virus, they also have lost their synthetic food source.

written by David Steffen The year is almost over, and here we are with the obligatory award eligibility post! Usually I start with my own stories, but no new fiction written by me has appeared anywhere in 2017, so I will start with the new fiction that’s been published in Diabolical Plots. ETA: I thought … END_OF_DOCUMENT_TOKEN_TO_BE_REPLACED 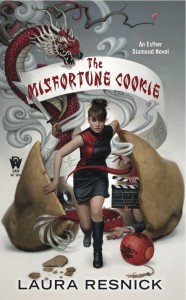 Laura Resnick has authored 6 fantasy-detective-comedy novels (the Esther Diamond series from Daw), 3 fantasy novels (the Silerian trilogy from Tor), 15 romance novels (from Silhouette), many short stories (mostly in DAW anthologies), several essays on print and screen fiction, and Ã¢â‚¬Å“Rejection, Romance, and Royalties: The Wacky World of a Working Writer.Ã¢â‚¬Â

She won the Campbell award for best writer and was a finalist for the Rita award. She won the Romantic Times Magazine award 3 times. She writes Ã¢â‚¬Å“The Mad Scribbler,Ã¢â‚¬Â a monthly opinion column for Nink. For the Science Fiction & Fantasy Writers of AmericaÃ¢â‚¬â„¢s bulletin, she wrote a quarterly opinion column, Ã¢â‚¬Å“The Filthy Pro.Ã¢â‚¬Â She wrote a monthly column, Ã¢â‚¬Å“The Comely Curmedgeon,Ã¢â‚¬Â for Nink. She has served as member of the board of directors, president elect, and president of Novelists, Inc.

Kevin Anderson is the author of numerous Star Wars novels. He is also the coauthor, with Brian Herbert, Frank Herbert’s son, of 12 Dune novels. He most popular original series is Saga of Seven Suns. His novel Assemblers of Infinity, which was serialized in Analog, was nominated for a Nebula award. 51 of his books have been international or national best sellers, 40 of them on the New York Times bestseller list. He has had 23 million books published in 30 languages. His most recent novels are Enemies and Aliens, about the first meeting of Superman and Batman, and The Last Days of Krypton, a Superman prequel. He is a Writers of the Future judge and participates in Mike Resnick’s anthology mentor series, Stellar Guild. He is working on Saga of Shadows, a prequel trilogy. He is married to author Rebecca Moesta, with whom he has coauthored a horror comedy series. Carl Slaughter interviews Anderson for Diabolical Plots.