I read thousands of fiction guidelines of all genres every year as part of my work at The Submission Grinder, in order to distill those guidelines down into their basic components for market listings. After reading so many guidelines I wish that there were guidelines that editors had to follow when they’re writing their guidelines pages. Writers can be criticized for using tired cliches, but editors would do well to turn that critical eye on their own guidelines.

The point of a contract in many situations is to provide grounds for either side to use in the case of a legal dispute. The amount of money involved in a short story purchase is generally not a huge sum. Even at professional rates for a longish short story, you’re probably talking a few hundred dollars for the transaction unless you’re getting up into novella wordcounts or the publisher has an extraordinary pay rate. The sum is generally low enough that, if there were a dispute between author and publisher, disputing it through the legal system would make the dispute a money-loser for both sides.

It’s not uncommon for new story ideas to pop into my head at the most inconvenient times–often while I’m running errands and don’t have anything to write with. I don’t want to just discard the ideas while the ideas are flowing, so I’ve worked out a trick to try to remember such things, even a bunch of them that aren’t related.

This post is in part based on ideas picked from the brain of my good friend Rachael K. Jones–credit where credit’s due!

I’ve talked in previous posts about the difference between goals and milestones. But on the subject of goals, I thought it’s worth breaking that down further into what I’m going to call goal themes vs goals.

This is the second article in a series considering the applications of game theory on writing. Game Theory is the study of strategic decision making. I won’t get into the mathematics of it, just high level concepts. The first article in the series discussed differentiating between goals and milestones. The second article in the series discussed ways for writers to keep score on their submissions that will encourage them to reach their goals.

This is the second article in a series considering the applications of game theory on writing. Game Theory is the study of strategic decision making. I won’t get into the mathematics of it, just high level concepts. Much of focus of Game Theory centers around “gamifying” everyday decisions, giving them a goal and a way to keep score to determine how well you’re meeting that goal. One thing that writers can struggle with is keeping stories in circulation–you can’t sell stories if you don’t submit them–so for this article I’ll be considering ways to keep score that encourage the behavior you want.

This is the first of a short series of articles about applying Game Theory to writing. Game Theory is the study of strategic decision making, a field of study made most famous by mathematician John Nash (which the movie A Beautiful Mind was based on). I won’t be getting into the math of Game Theory, but I thought it might be interesting to discuss some applications of strategic decision making in the writing/submitting/publishing process because I’m both a writing geek and a programming geek, so a discussion mixing the two lights up all kinds of synapses in the geek centers of my brain.

I had never heard of the musician who calls himself Amadeus X. Machina until I went to WorldCon in Chicago last year and stumbled across one of his performances. He is a musician of the most eccentric variety, eschewing the commonplace for his own forms of expression. He laughs at the traditional definitions of “audience” or “distribution”. If you so much as mention iTunes, he will slap you so hard your teeth will rattle (I learned this the hard way). He has an avid fanbase of people who devote large portions of their lives to figuring out where he will play next, and largely failing to do so. I have yet to speak to anyone who has seen him play twice, and the first time always seems to be a random coincidence, though he seems to always appear at times of need. 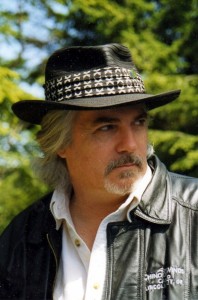 Most people who comment on the changing publishing landscape concentrate on the problems. Bestselling author and blue chip workshop instructor Dean Wesley Smith has a can-do make it happen attitude and concentrates on solutions. And unlike self proclaimed experts, heÃ¢â‚¬â„¢s a proven success. The business model he blogs about on his website and teaches in his workshops isnÃ¢â‚¬â„¢t theory. He sells books with that business model. Lots of books. At a profit. In this interview with Carl Slaughter, he plays myth buster for writers who have reservations about making the transition from print publishing to electronic publishing and from traditional publishing to self publishing. At http://www.deanwesleysmith.com/, he dispels conventional wisdoms on a regular basis.