The SF award nomination season is here. The Nebulas (the writer-voted award) have been open for a while and close in February. The Hugos (the fan-voted award) opened on January first. Both sets cover works published in the 2012 calendar year. About this time of year, every writer and their dog posts a list of their eligible works.

I won’t tell you to nominate these works. I haven’t heard of anyone nominating us in the past and I don’t expect that to change. Of course it’s all of phenomenal quality, because we wrote it and stuff. 🙂

And don’t worry, I’ll write up a separate post in the near future to make recommendations of what I’d like to see win the awards. I figured it would make sense to separate them so that I wouldn’t have to try to objectively compare my own work to theirs. In THAT post I’ll also ask for nomination suggestions from people, but we’ll keep those out of this post.

Marley and Cratchit by David Steffen at Escape Pod (free)

This Is Your Problem, Right Here at Daily Science Fiction (free)

Door in the Darkness at Stupefying Stories

Marley and Cratchit at Escape Pod, read by Emma Newman

The Quest Unusual at Cast of Wonders

Turning Back the Clock at Beam Me Up

Especially notable are the “Best of” podcast lists.

Especially notable are the “Daily Science Fiction” reviews; we’re the only ones who regularly review them.

Quite a few notable interviews.

The Priceless Value of that Story You Hate by David Steffen 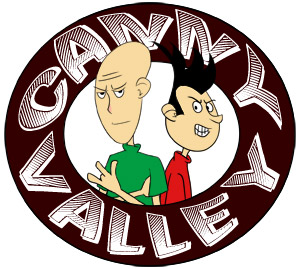 Hey folks! Remember me? Anthony Sullivan? You know… the other guy who supposedly contributes to this site?

Ahh well, I can understand if you don’t remember me. I’ve been AWOL for quite some time working on my visual art. Well that work has finally borne a little fruit in a new comic project that myself and the very funny Scott Wolf have started.

Canny Valley is a thrice weekly web comic with a focus on gaming and internet culture. with my art and Scott’s cleverness we hope you’ll give us a chance to entertain you.

Please take a moment to jump over to the site and check us out. Then come back here an let us know what you think! Also, I’d like to see if there is interest in seeing a making of post that walks through our process from inception to final comic.

Thanks to everyone for your time and support. This has been a long time in the works and I’m so excited to see it finally released.