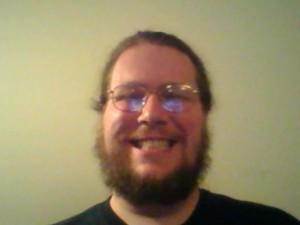 Nathaniel Lee puts words in various orders. Periodically people give him money for this. The correlation is weak at best, but present. He lives somewhat unwillingly in North Carolina with his wife, son, and obligatory cats, where he maintains a vague sort of career that provides sufficient money to continue his writing and board game habits. Coincidentally, he is the Assistant Editor of both Escape Pod and the Drabblecast (the posts were each offered independently and without knowledge of the other). As a result, he has read enough stories about penises, serial killers, and time travel. He is also an assistant editor for the humorous anthology series Unidentified Funny Objects. Check out his blog at Mirrorshards where he does Very Short Stories. Exactly 100 words. No more. No fewer. Every day.

It’s award season again! If you’re eligible to vote for the Hugos, you have until the end of March to decide on your picks. I wanted to share my picks, as I always do, in plenty of time so that if anyone wants to investigate my choices to see for themselves they’ll have plenty of time.

The SF award nomination season is here. The Nebulas (the writer-voted award) have been open for a while and close in February. The Hugos (the fan-voted award) opened on January first. Both sets cover works published in the 2012 calendar year. About this time of year, every writer and their dog posts a list of their eligible works.

When Alex Shvartsman announced his speculative humor anthology project last summer, and asked for some volunteers to help him out, I jumped at the chance. For three months I received a steady stream of fantasy, science fiction, and every murky definition in between, written with the intention of tickling my funny bone. Some stuff I found to be hilarious, and more than a few very funny stories were left on the cutting room floor. With a small army of associate editors, Alex wanted to be sure that he picked only the best for his collection. But what is funny? That answer proved to be very subjective. Alex told me he didnÃ¢â‚¬â„¢t have one story that received a unanimous thumbs up from his associate editors. Everyone had a different opinion of what was funny and what wasnÃ¢â‚¬â„¢t, but by the end, a consensus of 29 stories were picked for the upcoming anthology. That still left some wonderful stuff behind, so Alex decided to give his customers a little something to whet their appetite.

My streak of good fortune continues with a third sale in quick succession!

The story: “The Quest Unusual”, a story about a strange… knight? 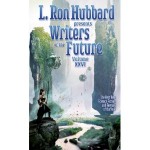 Time for my yearly review, Yippee! Last year I wrote a very long analysis on the winning story and another that I really, and of the authors that wrote them. A few took my comments as needlessly personal. I regret that. I was only attempting to illustrate the first impressions I had of Jordan Lapp and Emery Huang, which were swept aside when I read their stories. I by no means meant that either of them acted or did anything wrong. In fact, I think every author is entitled to a little self-promotion and should take full advantage of their fifteen minutes of fame in hopes of stretching it out into a life-long center stage.

Hello, everyone! I wanted to bring to your attention that this is the first year that I am eligible for the John W. Campbell Award for Best New Writer. My eligibility opened up because of publication of my story “Turning Back the Clock” in Bull Spec #3, so I figured I’d pander a bit for nominations, and while I’m at it, Hugo noms.

The central character of “After the Final Sunset, Again” is a creature called the Phoenix, who is a kind of demi-god that exists to further humanity’s goals from the grandest scale right down to the personal level. Every morning a new Phoenix is birthed from the ashes of its predecessor, assembling a personality by copying and internalizing memories from surrounding humans, and is then sent into the world to accomplish specific goals. On this particular day, one of the humans who is “donating” memories dies at the moment of the Phoenix’s conception, thus giving her a sense of her own mortality, something no other Phoenix has ever had to confront.

K. D. Wentworth has reached an almost divine state in the eyes of many aspirants; especially those who participate in the quarterly Writers and Illustrators of the Future contest. K. D. is editor of the anthology, and first-reader for the writing portion of the contest. She reads, or at least starts to read, every entry that comes through the doors of Author Services, Inc; a colossal task that she completes not once but four times per year.

We have, for example, a story that was very popular with our readers last year, Elena Gleason’s Erased, which I was just looking at again. That story on one level is about someone’s boyfriend who is invisible and what do you do when you’re confronted with an invisible boyfriend. But on the other hand, at a deeper level, it’s about what do you do in a relationship when the other person is vanishing.